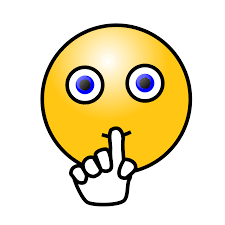 Tazria and the next Parsha, Metzora, deal primarily with the laws of the skin condition known as Tzara’as. Tzara’as, sometimes mistranslated as leprosy, was actually a miraculous phenomenon that existed only in Biblical times – a discoloration of the skin which served as a physical symptom of spiritual malaise. Haughtiness, sinful thoughts, and, most of all, Lashon HaRa –negative or harmful speech – could all cause the perpetrator to contract Tzara’as.

The appearance of a white spot on the skin required a diagnosis by a Kohen. Depending on the size, appearance and other characteristics of the spot, the Kohen would pronounce it Pure, Impure or Quarantined.

Bona fide Tzara’as required the affected individual to leave the city limits and live alone until the Tzara’as was healed and he underwent an atonement process. This humiliating isolation is a fitting consequence of Lashon HaRa, which damages interpersonal relationships and harms the fabric of society. Away from friends and family, the speaker can reflect on the impact of his actions and make the necessary improvements that will render him fit to rejoin society.

Tzara’as can also appear on a garment, which must then be burned; or on the walls of a home, which would be demolished.[1] In actuality, Tzara’as would affect a person in the opposite order: first the home, then the garment, and finally the body would suffer. The Torah, however, presents the progression in reverse, to set a gentler and more hopeful tone.

The Maftir for this week is Parshas HaChodesh, last in the series of four special readings this time of year. HaChodesh, which means “The New (Moon),” recounts God’s instructions to Moses prior to the Plague of the Firstborn, the climax of the Exodus. “This month (HaChodesh HaZeh),” declares God, “will be the first of all months for you;” the month of Nissan marks our birth as a nation, and is counted as the first month in the Jewish calendar.[2] Nissan begins on Shabbat - Saturday, April 6th . Passover starts on the fifteenth of Nissan.


[1] In this instance, Tzara’as could actually prove a blessing in disguise. Upon entering the Land of Israel, the Jews occupied abandoned homes, some with treasures buried in their walls. These treasures were discovered when the houses were razed.

[2] It is a curiosity of the Jewish calendar that Rosh HaShanah, the Jewish New Year, occurs half a year later in Tishrei, the seventh month. Classical commentators discuss the reasons for these two different beginnings.